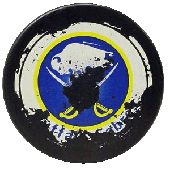 We are in the final week until the regular season the National Hockey League comes to a conclusion. Teams are fighting for playoff positions, but our attention is drawn to not the top of the standings but to the bottom. The “race” to 30th place has caused a lot of discussion on sports talk radio and national publications. Sharp focus is on the current last place team, the Buffalo Sabres. Fans are divided on whether the team should deliberately try to loose games, in order to get a chance at the number one draft pick, or at worst the number two draft pick (per the NHL’s draft lottery rules). As a project manager, I took a broader look at this event in Sabres history, as the fan opinions steadily grow apart. Although sports fans will always have varying opinions, what has been missing is a solid project Stakeholder Communication Plan.

The Sabres owner Terry Peguala stated back in 2011 the Sabres project charter’s Vision, Mission and Success criteria when he announced, “From this point forward, the Buffalo Sabres’ reason for existence will be to win the Stanley Cup.” As fans of the team, that is about as much detail they have received as project stakeholders, which causes much of the discussion and anxiety felt today. There is no question that the Sabres leadership has a project plan in place to achieve their goal and they are executing the tasks on their schedule accordingly. As with any project, they are constantly assessing risk and managing change. I can imagine that dealing with these “known unknown” events on a day-to-day basis is currently causing great disruptions in balancing the schedule. The Sabres also have to balance what information they want to communicate to their stakeholder fan base. As with any project, there are many communication questions to be answered:

Fulfilling the Sabres Stakeholder audience needs is challenging, but needs to be tailored to meet this audience. While in most seasons a high-level status of the team’s progress (scores and statistics) would be sufficient, this season the Stakeholders are demanding more details on how and when the team will no longer be a 30th place team.   This level of awareness is needed in order to keep the fan base interested and engaged throughout hard seasons like the last two years, as well as hold their commitment for years to come. If the Sabres had executed a better Stakeholder Communication Plan the fan base would not be as split as they are today.